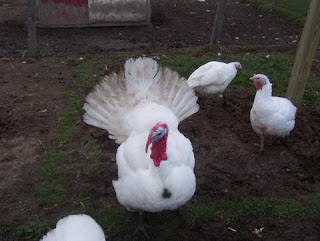 In the early 1960’s there was an interest in developing a miniature version of the Boadbreasted Large White and Bronze turkey for the commercial market.    Up until this time, the only available small white turkey was the Beltsville Small White. However, they were unpopular with many consumers who wanted a more meaty breasted bird. Several turkey lines were developed by crossing the Beltsville with the larger Broadbreasted, selecting for smaller size. Some were backcrossed again to the broadbreasted followed by more selection. Most all of these crosses suffered from poor reproductive performance, inherited from the larger birds, thus not making them economically viable. 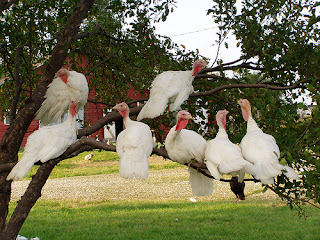 At the University of Massachusetts, Dr. J. R. Smyth Jr. crossed Broadbreasted White with a small, exhibition strain of Royal Palms.  The Palms were a small exhibition strain, yet had a reasonably sized meaty breast.  Starting with the first generation crossbreds he selected based on three major criteria: small size, good breast fleshing, and total balance.  By the third generations of crosses, Dr. Smyth was in the process of segregating for plumage pattern. It was at this time that the U. of Mass. decided to reduce much of its poultry holdings.  Since the potential market for the Midget White never developed, the University held the only flock. Not wanting to see his hard work lost, Dr. Smyth gave the flock to a farm worker who in turn swapped the lot for some show bantams with a breeder in Wisconsin. 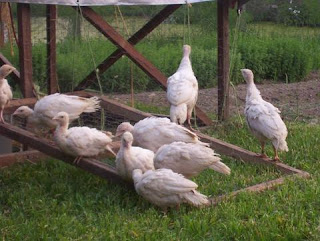 In 1971 a former graduate student of Dr. Smyths, Dr. Wentworth, now a professor emeritus in poultry science and avian physiology at the University of Wisconsin, Madison, was able to secure six turkeys (two toms and four hens) from a “miniature” line.  Upon receiving the birds, he noted that they had wing bands on them with a number on one side, and on the backside of the band was written the abbreviation U of Mass, making these the Midget white turkeys that Dr. Smyth had been developing. 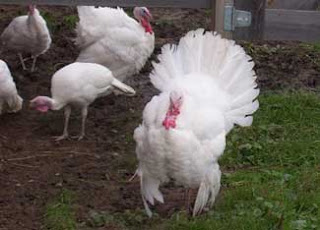 The first spring, the Midget White turkeys were photo-stimulated with 14 hour of light and 10 hours of darkness and mated artificially.  Using a rigorous pedigree approach to avoid further inbreeding, Dr. Wentworth slowly expanded the flock of Midget Whites.   In the late 1970's an embryonic lethal began to be expressed. It took a period of about three years to rid the stock carrying the lethal gene. As well, selection was made to fix tom body weight to about 13 pounds and hens at about 8 pounds.  Birds were selected for egg production, fertility and hatchability; the original stock not laying very well. In addition, breast meat volume was also added as a selection criteria. About every third year, breast meat volume was included as selection index in addition to body weight. 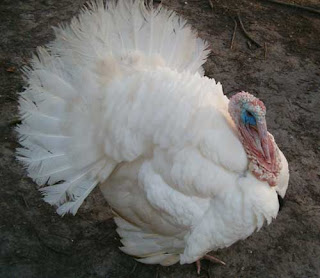 Shortly before Dr. Wentworth retired, the University decided to disperse the flock. The majority was sent to the USDA poultry facility in Beltsville, Maryland, alathough a few private breeders were able to secure some birds. In April of 2005, the flock was dispersed for the last time and distributed to poultry enthusiasts in the eastern US. 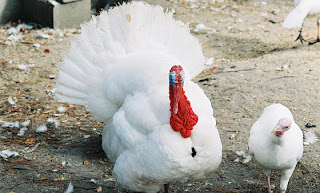 Through the efforts of heritage turkey breeders, the Midget White is gaining in popularity; however, it still has a way to go before it moves from being classified  under Critical Status by the A.L.B.C. 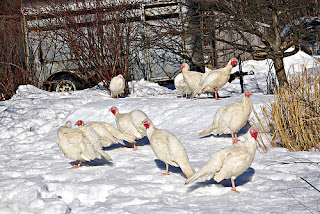 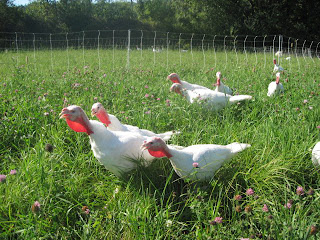 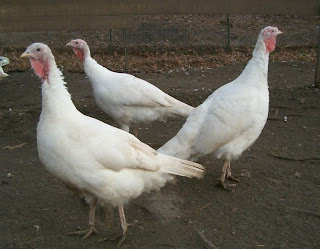 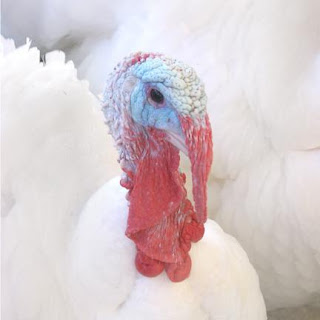