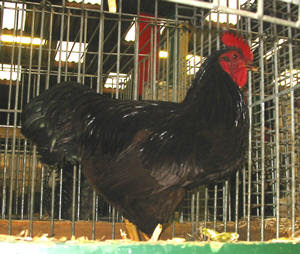 Photo - Source: Unknown
When I was young, I was enamored with Rhode Island Reds - I wanted a nice trio of show quality - not hatchery barnyard stock -  but true, deep red coloured, exhibition quality Rhode Island Reds.  Well, the closest I got to having that was drooling over show pictures and advertisements in my father's Feather Fanciers.

True Rhode Island Reds were scarce in Western Canada at that time and although hatcheries were always claiming to have them, the birds they offered were no where near the colour nor the shape of what I had read and heard to be the standard. 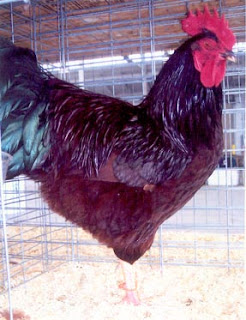 The Rhode Island Red is probably America's best known breed of chicken, some even believe that it is the best known chicken breed in the world.  What other breed can claim two monuments as well as a movie star?  In the animated film Chicken Run, the character of Rocky is supposedly a Rhode Island Red rooster. 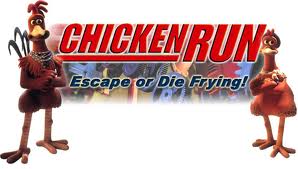 Rhode Island Reds were originally developed in the farming communities of Massachusetts and Rhode Island around Little Compton near Buzzard’s Bay and Narragansett Bay in the 1880's and 1890's.  Adamsville, Rhode Island, has staked the claim as being the birthplace of this well-known bird and a monument commemorating its significance is found in the city. 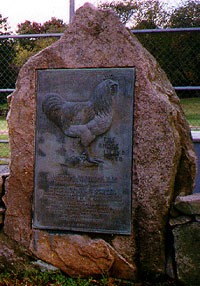 In fact, very nearby, just a couple miles away, there is another monument to the Rhode Island Red, this one honouring its importance to America’s farming history. 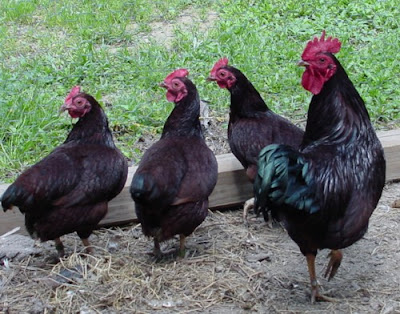 Rhode Island Red Group - Photo Source: www.chasanbassets.com
The Rhode Island Red was bred with the intention that it would be a good dual-purpose fowl, early layers with a high year-round egg yield and being a bird that could dress out nicely as a delicious family farm table bird. The Rhode Island Red resulted from a series of poultry experiments undertaken in 1854 by Captain William Tripp of Little Compton and another fellow named John Macomber. First they crossed Malay 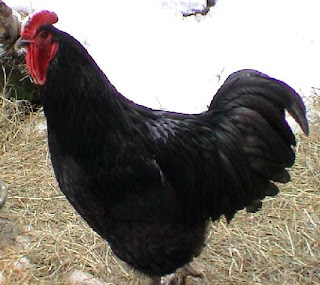 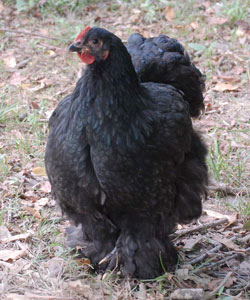 The offspring were then crossed with Light Brahmas 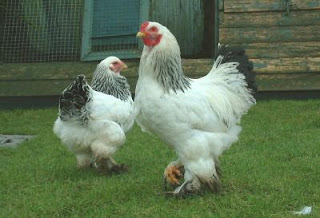 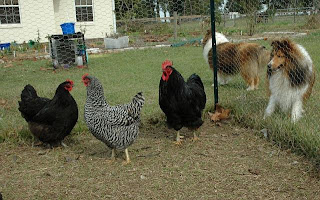 Other farmers then became involved in the project upon seeing the beautiful dark red birds, the deep red colour supposedly a result of the Malay blood. Due to the aforementioned mélange of breeds in its ancestry, the original birds were found in single-combed, rose-combed and pea-combed varieties, with the latter being quickly bred out. 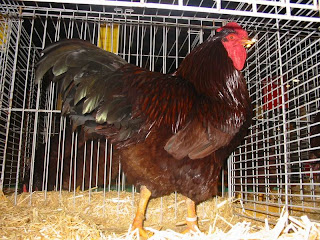 
The Rhode Island Red was recognized as a legitimate breed at the Providence poultry show in 1895, and was first seen to be advertised in poultry journals in 1896. The popularity of these birds was such that Europe was enjoying the pleasures of the breed even before it received official recognition from the American Poultry Association. 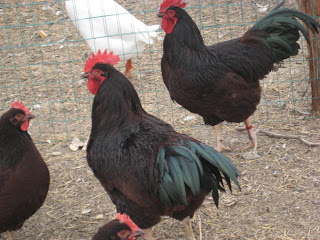 The old adage, if it ain’t broke, don’t fix it would most certainly be deemed applicable to the Rhode Island Red. Since the 1940's, selective breeding for more “efficiency of egg production” has actually seen the breed get smaller (by as much as a pound) and of a lighter orange-red colour.  As well, the distinct shape characteristic of its horizontal, rectangular body has been changed somewhat.  They have also become less broody. All of this has contributed to its changing status from a good family farm bird to a good commercial brown-egg laying variety. 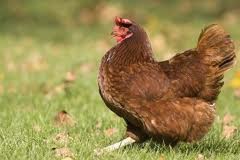 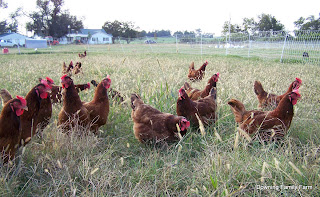 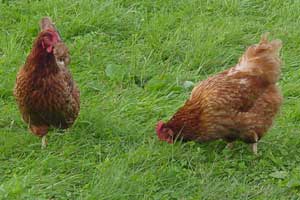 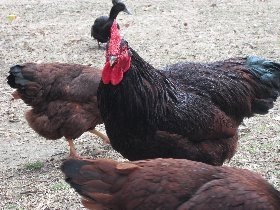 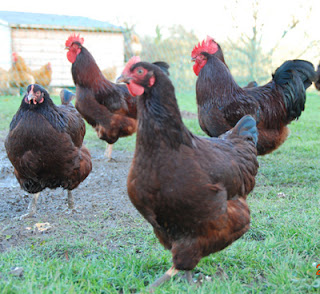 A very good article on the Colouring of Rhode Island Reds can be found at:
http://www.aviculture-europe.nl/nummers/07E05A04.pdf
Posted by Cameron at 7:52 PM